You are here: Home Creative ideas game-changing materials Eleven years old, with a passion to win

Eleven years old, with a passion to win 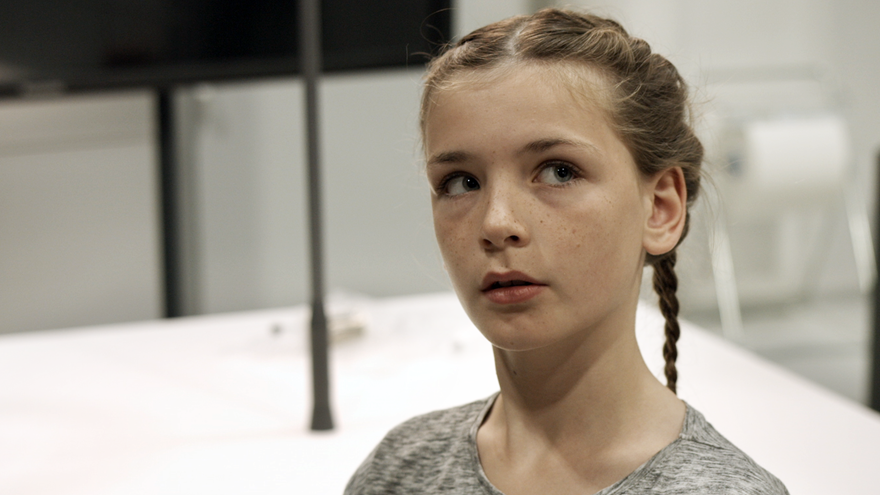 Have you seen Sandvik’s “Challenging Tomas” video series? The first and second videos feature Judith Tibblin, a curious eleven-year-old girl who loves a challenge. Her mother/track and field coach confirms that she has a tendency to test everything new that comes along and continues with the things she’s good at – which is a lot! Right now she is training both track and field all year round and handball in the winter season.

– My best sport right now is the long jump. I like it because you really have to make an effort and focus hard at the same time. You have to keep your hip in a high, forward position, your foot must hit the springboard exactly right and you need to add maximum force at the exact moment before takeoff, she says.

When she got the chance to challenge Tomas Forsman at Sandvik she asked him to invent something to help her jump farther. He did, and also invited her for a visit to Sandvik.

– It was a lot of fun to spend time with Tomas at Sandvik. One thing that he showed me was a really thin wire. That tiny wire is implanted in the brain of people suffering from Parkinson’s disease, and it makes them stop shaking. That’s really cool, she says.

Judith also had the chance to see other things that Sandvik manufactures, such as the bolts used to hold the Vasa ship together at the Vasa Museum in Stockholm.

– The old bolts are really heavy and the ship will lose the weight of an elephant just by exchanging the old bolts for the new, strong Sandvik version, Judith explains.

She thinks that Tomas was good at explaining what Sandvik does and she now knows that Sandvik material components can be found anywhere; probably in her own kitchen or cell phone.

Judith is in fifth grade at the International English School in Gävle, where art, math and social sciences are her best classes right now. And chemistry. And history... She plans to work as a pilot, or maybe a janitor when she grows up, just like her grandfather who has done both. He's her idol.

At the beginning of next year, she will move to South Korea for three years with her parents and two sisters. She is a little ambivalent about the move.

– I will miss my friends and family, she says a bit sadly, but immediately finds something positive to focus on: the good thing is that I might be able to start with the javelin! That will be fun, she says happily.