You are here: Home Fridge of the future Shaping the refrigerator of tomorrow

Shaping the refrigerator of tomorrow 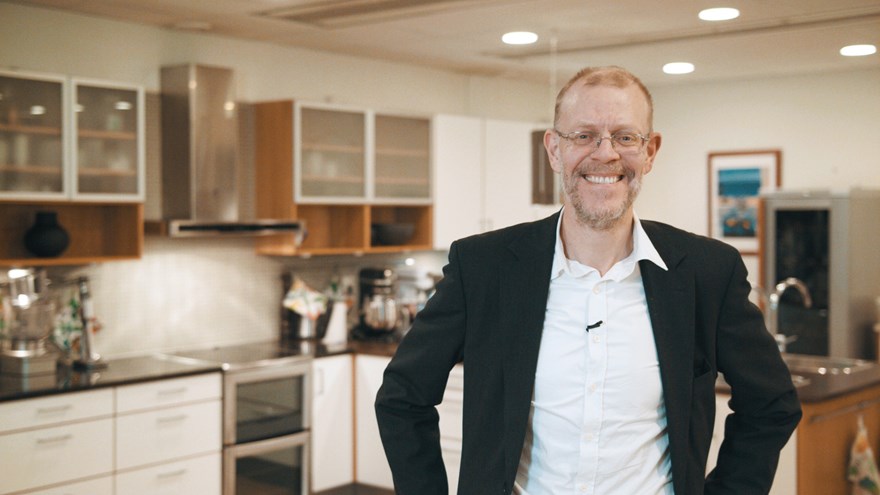 In the future, fridges will be radically different from what they are today. They’ll be smarter and will play a bigger role in consumers’ lives thanks to the Internet of Things. But what about their design and underlying technology – will there be changes to that as well? Sandvik spoke to Electrolux to find out.

The Internet of Things has opened a whole new world to manufacturers of refrigerators. At Electrolux’s labs in Sweden, engineers are busy exploring the possibilities that this opportunity brings.

“The Internet of Things is going to give users more control of the fridge,” says Urban Wählby, Head of Advanced Development Food Preservation at Electrolux.

“From there, you can build a replenishment system or a guide on how you make a meal of the ingredients you have, or that tells you what foods you’re missing to make the recipe you like,” Wählby says. “It will also allow you to find out about the nutritional content of your food or have a nutritionist suggest what food to eat.”

But, he points out, such a system will take some time before it is introduced to the market, because of the abundance of foods that need to be catalogued. In the meantime, Wählby and his team are busy exploring how the Internet of Things can help fridges to preserve food in a better way.

“Food hidden inside a refrigerator often causes a problem,” he says. “We tackle this by having different temperature zones, which increases the time you can store the food, and we also provide dedicated places where different types of food can be stored.”

Wählby and his team are also looking at different types of technologies, such as cameras and sensors, that can register the position of foods and tell you how long they have been in there.

“Maybe this could also be something for food manufacturers to consider – that there is something on the packaging that can be read by the refrigerator,” he says. “We are participating with different actors to look at the quickest ways to introduce these systems to the market.”

Functionality matters the most

So, what will happen to the fridge itself? Will it be radically different from today’s boxed-shaped product? And what will be the underlying technology – will the compressor technology be replaced by something new?

Over the years Wählby and his team have held workshops to design the optimal fridge. “The important thing is not the shape but the functionality of it,” he says. “In the late 1980s we created different-shaped refrigerators, but the response was not so great. Maybe we were too advanced at the time”

Today, discussions focus on how to enhance the experience in the kitchen for consumers. Recently, Electrolux in the US introduced a glass-door fridge that turns transparent when the user is near. The next step might very well be to make the fridge look or act more like a robot. “The discussion around robotics and a helper in the kitchen is something that’s very central to our thinking right now,” Wählby says.

Compressor technology will continue to reign

When it comes to the underlying technology, Wählby says the industry expects compressor technology to continue to hold sway over the coming decades.

“There’s no competing technology in sight,” he says. “You have the thermal electric chip, which can be used for certain products, but this is not as widespread as the compressor technology due to inherent technical issues. Another technology discussed is magneto caloric, which is very interesting from the perspective that you don’t use a liquid refrigerant. Instead, very precious earth metals are used, which means this technology is not likely going to hit the mass market.”

Although the main technology will remain the same, Electrolux and other manufacturers are constantly challenged by new legislation to make their products more durable and energy-efficient.

Today, the fridges at Electrolux are 60 percent more energy-efficient than they were ten years ago. The best products consume around 0.2 kW/h per day. The three main technologies that have made this possible are the variable compressor speed, the insulation and the cooling system.

“We still have the possibility to reduce the energy consumption in the next ten years by at least another 50 percent – probably even more,” Wählby says. “This is due to the development of the cooling system, the continuous improvements of the compressors and the control of these compressors that we have taken it upon ourselves to implement.”