You are here: Home Fuel cells About fuel cells 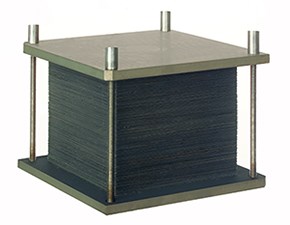 Simply put, a fuel cell is an energy converter that can be used to make electricity and heat from hydrogen. The energy conversion takes place without any combustion. The only emission is pure water.

About hydrogen as an energy carrier

Hydrogen is also an energy carrier like electricity. This means that hydrogen is not a primary energy source, but can be used to store, transport and provide energy. Flexibility is high, because hydrogen can be produced from many sources, including renewable resources such as wind power and solar energy.

Environmental and health benefits of hydrogen

Reducing emissions from vehicles is important for our environment and also good for our health. It is also important for reducing the harmful effects air pollution from exhaust gases have on our health, a major problem in many urban areas today. Fuel cell technology is a part of the solution.

The only emission from a hydrogen fuel cell is pure water. That means, for example, that using hydrogen with fuel cell technology would radically reduce local emissions of carbon dioxide, nitrogen oxide and particulate emissions from vehicles.

Environmental gains from using hydrogen as an energy carrier depend on how the hydrogen is produced and transported and how effectively it is converted. Although hydrogen produced from fossil fuels does cause an impact on the environment, when used in a fuel cell car the emissions are about half those compared to a combustion engine.

If, however, the hydrogen is produced from renewable energy, we can cut fossil fuels out of the equation entirely. In this pilot project we are only using "green" hydrogen.