You are here: Home Fuel cells About the pilot project

About the pilot project 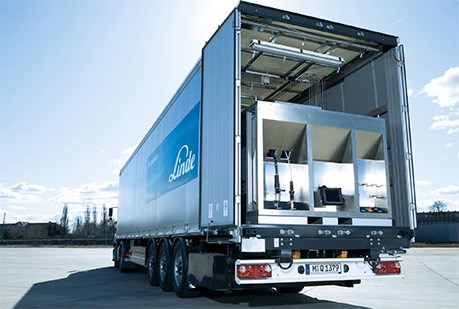 From September 15 to October 17, 2014, Sandvik and the Municipality of Sandviken (Sandvikens Kommun) coordinated a joint pilot project to bring fuel cell vehicles to our community. This pilot test included two fuel cell passenger cars along with a mobile hydrogen refueling station and a forklift truck located at Sandvik's industrial facility in Sandviken.

This pilot project was a chance to get Sweden talking about a technology few people in our country seem to know about, despite its growing use worldwide. The idea was to showcase the technology and give as many people as possible the chance to form an opinion on fuel cells. And, naturally, we hope to see an increased use of this technology in the long run.

How the fuel cell vehicles were used

The Sandvik car was used for transporting our many visitors, customers, and colleagues from around the world to and from Stockholm's Arlanda airport. This gave us a chance to not only do something good for the environment, but also to spread awareness of fuel cells to a wider international audience. In addition, the car was on display at various events in Sweden. The forklift truck was used for a variety of lifting jobs at the Sandvik Materials Technology site in Sandviken.

One of the passenger cars was at Sandviken Municipality's disposal and was used in several of the municipality's operations and companies. First to use the car was staff in domestic healthcare.

Cars with internal combustion engines burning fossil fuels emit harmful substances such as carbon dioxide, particulate matter, and oxides of nitrogen into the environment. But with a fuel cell vehicle, the only emission is clean water vapor. That means zero harmful emissions.

Fuel cell vehicles are also considerably quieter than a conventional car, because they have an electric motor instead of an internal combustion engine. That means less noise pollution, too.

At Sandvik, we saw this pilot project as just the tip of the iceberg in our sustainability efforts involving fuel cell technology. One aim of this initiative was to investigate the possibility of building a permanent hydrogen gas fueling station and using fuel cell vehicles in our operations. This will now become a reality and a permanent fueling station is expected to be completed by the of 2016.

On completion of the fueling station, Sandviken Municipality will exchange three of its diesel driven cars for fuel cell cars. Sandvik will do the same, while contributing to the project by allowing access to hydrogen gas pipelines as well as land. The fueling station is being built close to the Göransson Arena and will be Sweden's fourth, after Stockholm, Gothenburg and Malmö.