You are here: Home H&I tubing The ultimate tube test

Salty tropical waters can destroy even high-quality stainless tubes. So what better place to put our bright-annealed tubing to the test than Florida's NASA Kennedy Space Center? The result: we outperformed industry standards and delivered superior corrosion resistance over open annealed and pickled steels.

Corrosion-resistant steels for hydraulic systems are essential to success in the marine and offshore industry. But as field tests by Shell, Swagelok and BP have shown, even standard-quality ASTM 316L can have a service life of as little as one to five years, making it insufficient in topside, downhole or other challenging and corrosive settings. Determined to address this growing concern, engineers at Sandvik carried out extensive testing of the effects of final heat treatment of steel grades in chloridic environments at NASA Kennedy Space Center in Florida.

To investigate the relationships between types of final heat treatment and corrosion media, Sandvik engineers compared bright annealed versus open annealed and pickled steels in a series of extensive tests. During a test period of twelve months at NASA's Corrosion Technology Laboratory (CTL) – an environment chosen for its high temperatures, ultraviolet levels, salt concentration and humidity – engineers compared tubes from the two different production routes. The aim of the study was to compare the corrosion resistance of the outer and inner surfaces of the tubes, in order to assess the impact of final heat treatment on the quality of tube surfaces.

Results showed that although both tubes were discolored after exposure, the bright-annealed tube had considerably better corrosion properties than the annealed and pickled tube. After one year's exposure in the aggressive high-salt, high-humidity and high-UV Florida seacoast environment, the annealed and pickled sample revealed a significant number of pits on both its exterior and interior surface. The bright-annealed sample, meanwhile, showed clearly superior corrosion resistance, with interior walls still bright and shiny after a full year of marine exposure.

The tests establish that tubing manufactured using Sandvik's bright-annealing heat treatment processes performed significantly better in severe and chloridic hydraulic applications. SAF 2507 and Sandvik 3R60, in particular, with their high levels of key alloys such as chromium, nickel and molybdenum, are therefore widely used in highly corrosive conditions in tropical marine environments where conventional ASTM 304 and 304L steels are insufficient. Both Sandvik grades have been proven to perform at the top of the ASTM standard, in all laboratory tests and field studies. 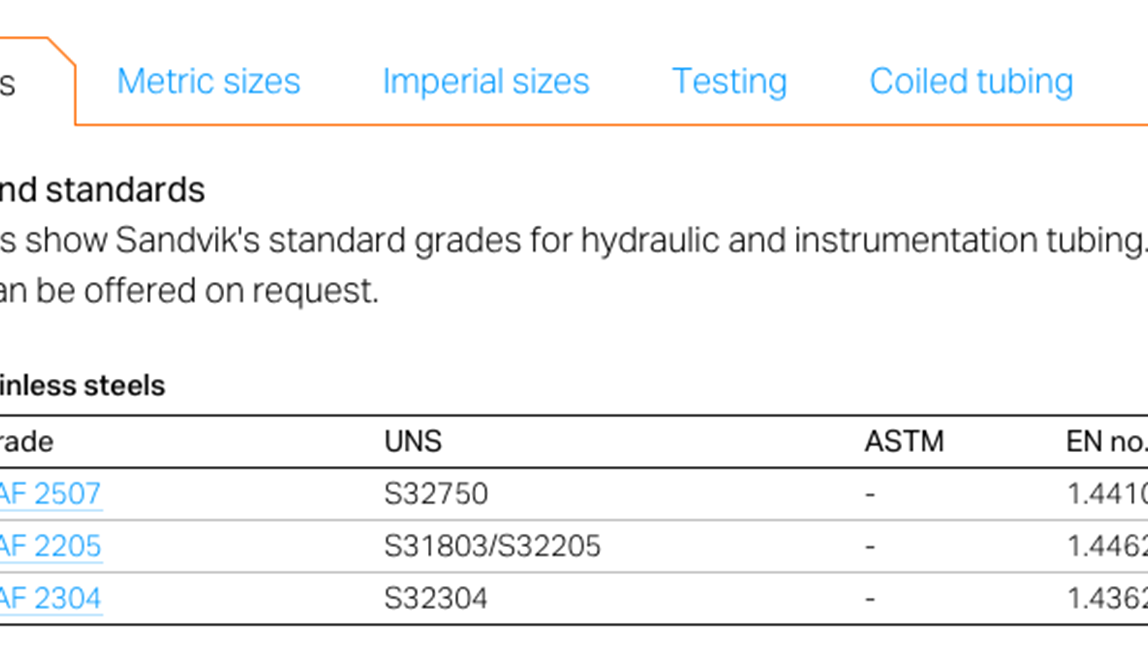 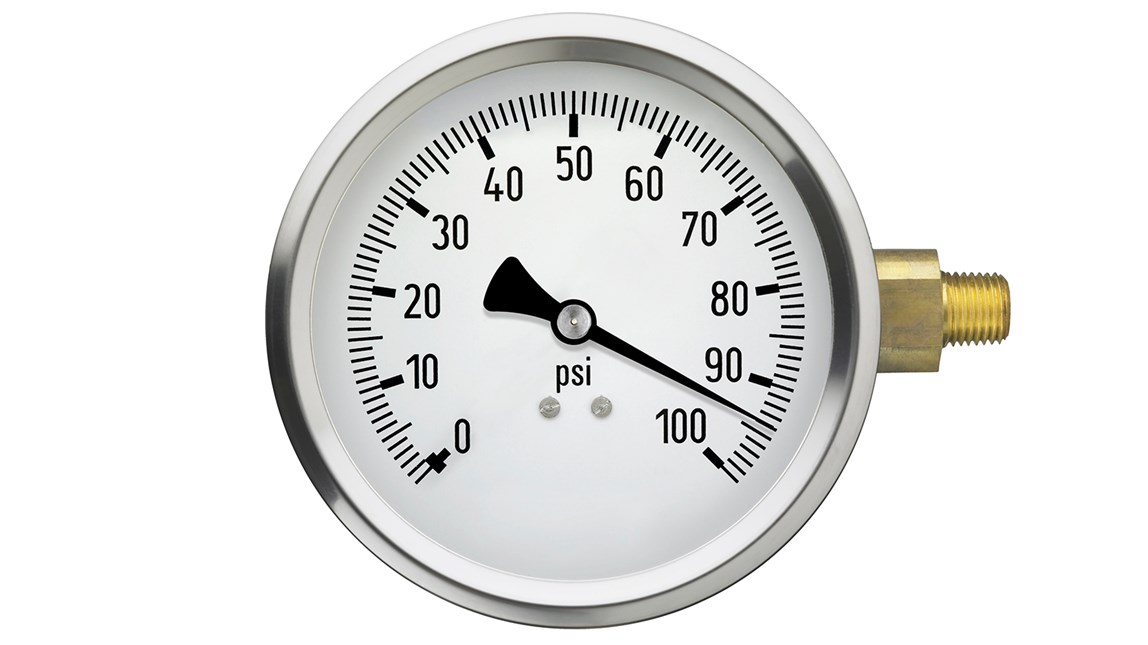 Use our online pressure calculator to estimate maximum working pressure for tube and pipe.