You are here: Home Technical center Expert columns Archive Sandvik and the history of duplex

Sandvik and the history of duplex

If the question were asked "what is Sandvik Materials Technology (SMT) best known for?", a large proportion of people would answer "Duplex Stainless Steels". The world of stainless steel tends not to generate too much public controversy, but I recall an ongoing argument back in the early 90’s in the letters pages of Stainless Steel World about duplex stainless steels and the role Sandvik 3RE60 played in duplex development.

The importance of this grade in the world of seamless tubes shouldn’t be underestimated. Even though Sandvik 3RE60 was not the first ever duplex stainless steel, it was most likely one of the first commercially successful ones, and it is still used today in some applications. The two key applications back in the day were in tubular methanol reactors, and in heat exchangers running the risk of stress corrosion cracking.

Stress corrosion cracking used to be the "thorn in the side" of stainless steels since popular grades such as ASTM 304 and 316 could crack if only a very small amount of chloride was present, and the temperature was higher than 40°C. This is normal in the heat exchangers found in oil refineries and petrochemical plants. The only way to protect an austenitic stainless steel from stress corrosion cracking is by loading it full of nickel (see figure 1) and bearing the cost consequences that action brings with it. 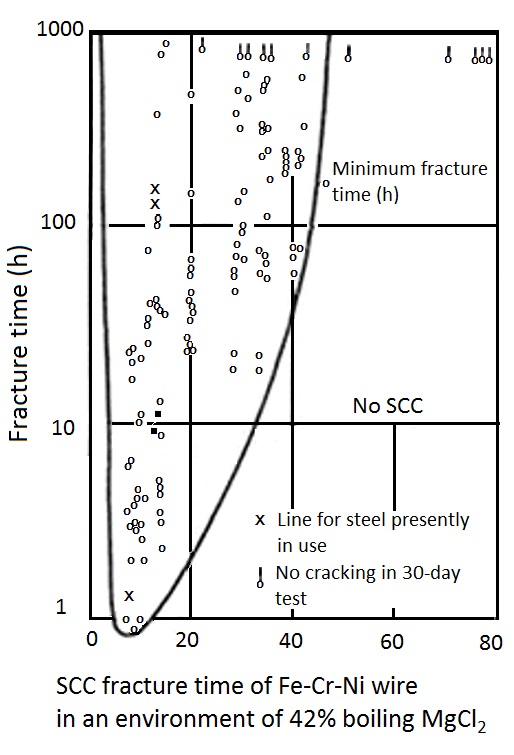 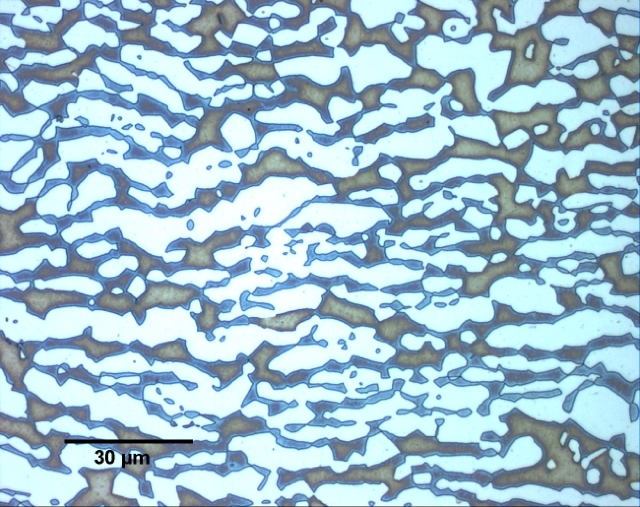 Then SMT developed Sandvik 3RE60 in the 1960's which combined some of the best aspects of both austenitic and ferritic steels, and in addition was perfect for re-tubing failed carbon steel exchangers because the ferritic matrix gave it a very compatible thermal expansion. This meant that the tube-bundle and the shell would expand by a similar amount when the temperature went up.

Challenges for Sandvik 3RE60

But Sandvik 3RE60 didn't come without its challenges. Fortunately, these were educational and set SMT on the road to duplex welding expertise and knowledge about the importance of nitrogen as an alloying element. The problem was cracking in the welded tube to tube-sheet joints caused by a highly ferritic heat affected zone. Tube-sheet welds are unique in terms of the fact that you have a thin walled tube, welded to a thick tube-sheet which acts as an effective heat sink once the welding torch is turned off. This means that the cooling rate in the weld is very fast. During rapid cooling, austenite does not reform as it should during the cooling cycle and you end up with a highly ferritic structure.

If you look at the composition of Sandvik 3RE60 today, you will notice that it contains nitrogen as a deliberate alloying addition. This was not the case with the first manifestation of the steel, but nitrogen, being a strong austenite former, greatly enhanced the weldability of the grade. It was also discovered that adding a small amount of nitrogen to the shielding gas also helped the formation of austenite in the weld pool during welding. These points are still very relevant even today with modern duplex alloys such as Sandvik SAF™ 2507 and Sandvik SAF™ 2707 HD.

A variety of application areas

In terms of applications, duplex alloys have made a broad impact. In practice, the current alloys are restricted by brittleness that can develop in the ferrite phase at very low, cryogenic temperatures or temperatures above 300°C but that leaves a lot of opportunity room. Early applications were in oil refineries and petrochemical heat exchangers, largely due to the stress corrosion cracking resistance. But the attractive mechanical and physical properties became equally as important in other areas.

Duplex alloys provided similar resistance to pitting and crevice corrosion to materials like Sandvik 2RK65TM but at a more appealing price due to lower nickel contents. Then it was discovered that duplex alloys were particularly resistant to organic acids and were written into technology specifications for making PTA (pure terephthalic acid). This is a precursor of the resin used to make drinks bottles (which themselves are recycled into fleece material for making cold weather clothes) where titanium had to be used to provide corrosion resistance before.

A major breakthrough was achieved when Sandvik SAF™ 2507 was selected for use in subsea control umbilicals. The grade was used to solve problems that had been snowballing in control cables using thermoplastic hoses. At the time subsea engineering was an embryonic technique used for developing financially marginal oil deposits. This has since developed into a major facilitator for oil production in very deep water in places such as the Gulf of Mexico, West Africa, Brazil and elsewhere.

Building on that success, Safurex® represented another breakthrough in developing an alloy specifically for one application requiring unique corrosion resistance during the manufacture of urea for fertilizers. And who knows what may happen in the future? There is certainly room for further innovations involving duplex stainless steels.

Previous post Renewable Energy Next post What makes the shift to a hydrogen economy more likely today than 15 years ago?