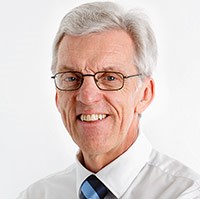 Jan-Olof Nilsson worked for Sandvik for over 35 years as a materials expert and was Adjunct Professor of Physics at Chalmers University of Technology for 9 years.

He is now an independent consultant specializing in duplex materials.

The role of nitrogen in duplex stainless steels

Some nitrogen has been present in steel as long as steel-making has taken place. This has been unintentional and, in practice, there have been no means of removing or controlling the nitrogen concentration. It was not until the advent of modern process metallurgical techniques such as AOD, VOD and CLU during the 1970’s that nitrogen could be added to the steel melt in a controlled way and nitrogen, therefore, became an important alloying element.

The role of nickel and manganese in duplex stainless steels

In this series of articles, the role of the elements nickel, manganese, chromium, molybdenum and nitrogen in the design of duplex stainless steels will be described. An optimum balance between austenite and ferrite is accomplished by a clever use of the alloying elements.