The oak hull of the royal warship Vasa was threatened by iron leakage from its steel bolts. Under a joint research and development project, Sandvik and the Vasa Museum collaborated in replacing more than 4,000 old bolts with new bolts made of Sandvik super-duplex and hyper-duplex stainless steel.

Corroding bolts became a threat to the main attraction of the Vasa Museum in Stockholm. Iron from the bolts proved to be a catalyst for the deterioration of the ship's oak beams and planks.

Vasa, once the world's most powerful warship and the pride of King Gustaf II Adolf, was completed in Stockholm in 1628. Tragically, on her maiden voyage, she sank after sailing less than a nautical mile. The shipwreck was re-located in 1961 and restored to its full glory.

Built from more than a thousand oak trees, Vasa's hull was originally held together with iron emitting bolts. After 333 years on the bottom of the Baltic Sea, the bolts had corroded away and were replaced by new ones made of steel during the ship's restoration. However, after fifty years in the museum's humid environment, those replacement bolts have also become a serious problem.

Today, Vasa resides in the world's most popular maritime museum – host to more than one and a half million visitors a year. To preserve this international treasure for future generations, a decision was made to replace each one of its more than 4000 bolts. The question was – with what?

To stabilize Vasa's hull, a new bolt was designed by engineers at the Vasa Museum. At the same time, methods and machinery for this extensive replacement project were also proposed.

Duplex stainless steel was one possibility the museum considered for the new bolt material. Following a positive evaluation of SAF 2507® super-duplex stainless steel performed by Chalmers University of Technology in Gothenburg, the museum turned to Sandvik to provide technical advice on the bolt design, as well as material for testing purposes.

We decided to go with the high-alloyed stainless steels from Sandvik because they proved to be the most suitable, versatile and from our point of view, the easiest to work with, explains Jacob Jacobson, head of the Vasa unit at the museum.

Sandvik formed a technical team to determine which materials would be best suited to support the 900 tonne hull as it constantly shifts in its cradle, and leave it unaffected by chemical compounds over a long period of time. A project to further develop machining of advanced duplex stainless steel grades was initiated.

Sandvik found the humid atmosphere of the Vasa Museum to be the perfect place for long-term testing of advanced stainless steel grades.

Having the opportunity to test our material in a meticulously controlled environment, such as the one Vasa offers, is very important for us. The time frame for the project gives us a unique opportunity to monitor the material in a way that would otherwise be nearly impossible to mimic, says Jesper Ederth, R&D Director for Sandvik Materials Technology.

Under a joint research and development project, each bolt in Vasa has now been replaced. During this process, and on into the future, Sandvik will be able to test and evaluate new material grades.

The cooperation between the Vasa Museum and Sandvik resulted in a modified design of the original bolt. The bolt design is a combination of SAF 2507® and SAF 2707 HD™ advanced duplex stainless steel grades with dual properties vital to this project – corrosion-resistance and exceptional mechanical strength that could support the weight of Vasa's hull.

Sandvik also provided the museum with specialized equipment to measure the status of bolt movements over time.

We have 10 people engaged full time to ensure Vasa is continuously being preserved, says Lisa Månsson, Director of the Vasa Museum.

With a vessel as old as this it is an essential, ongoing requirement. It has been a pleasure working so closely with the Sandvik people. Both Sandvik and Vasa were built with a clear international focus, using the cutting-edge technology of their day. Now Sandvik and the Vasa museum are using the latest methods and materials together in order to preserve the ship for, hopefully, another 1,000 years.

Vasa is a tremendous source of Swedish pride and is an international maritime treasure. In its time, the flagship of King Gustaf II Adolf's fleet represented state-of-the-art shipbuilding expertise. Today, the very latest metallurgical technology is applied to preserve this unique 17th century ship for future generations of historians and visitors to the Vasa Museum. 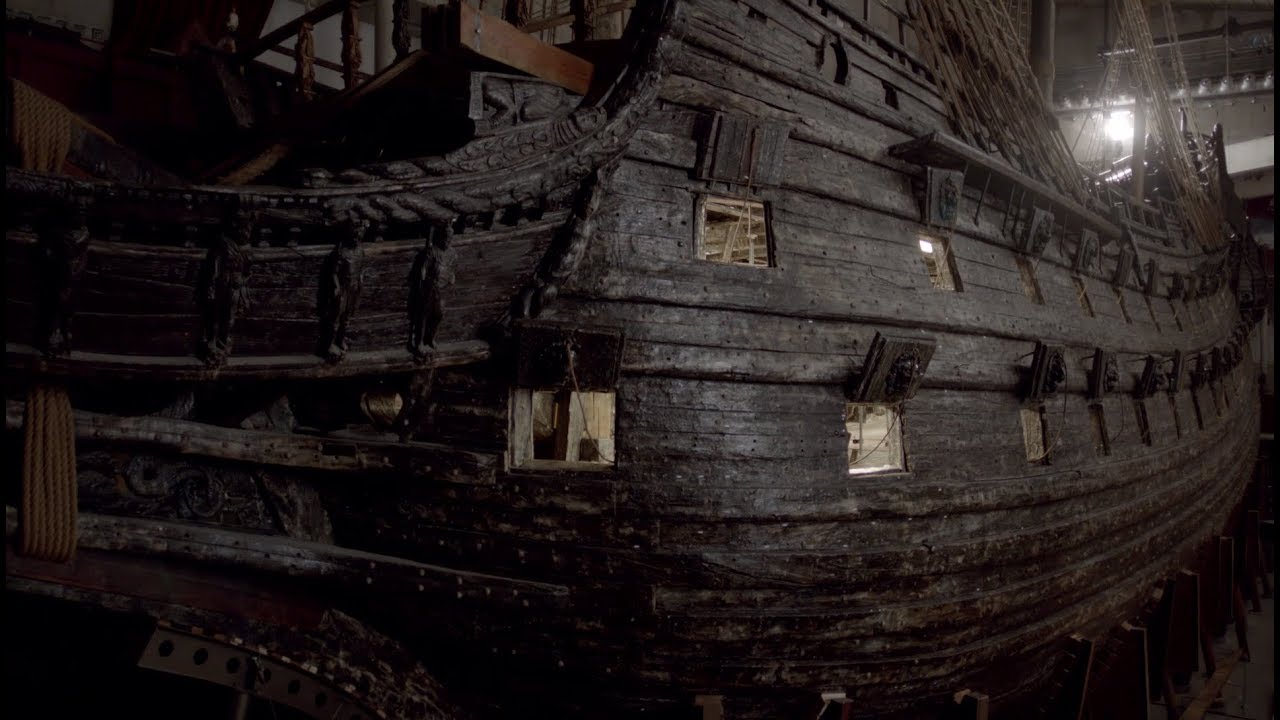